Ted Noten is an artist and designer whose main medium is jewellery. His oeuvre engages with and comments on the history of human self-adornment, contemporary mass-production and art as a commodity. He works with 3D printers, which now have the ability to print materials from plastic to sandstone to gold, marrying ancient traditions with high-tech innovations.

Noten was commissioned by Design Academy Eindhoven to design its annual jewellery gift for the graduating Masters of Design. He created the work Trophy, which consists of a garish golden cup with a pig’s head on top. The cup was gifted to the academy itself, while the pig’s head, which refers to the Dutch term feestvarken (party pig), was printed in individual slices and distributed to the graduates. Each student received a unique ‘slice’ of the head, which could be worn proudly around the neck or displayed as a singular design object. 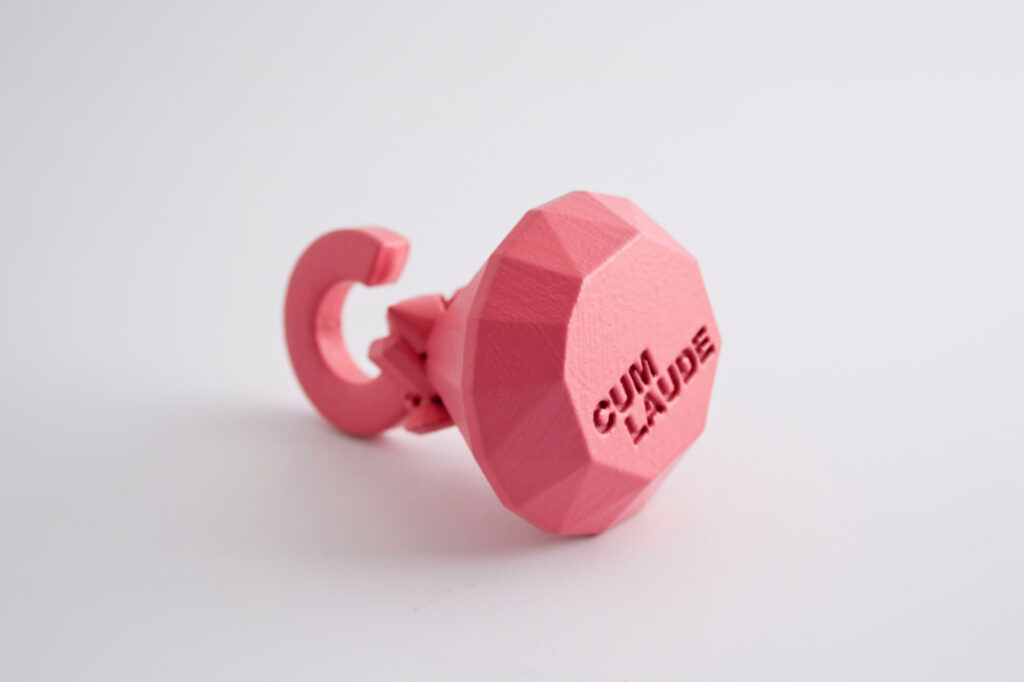 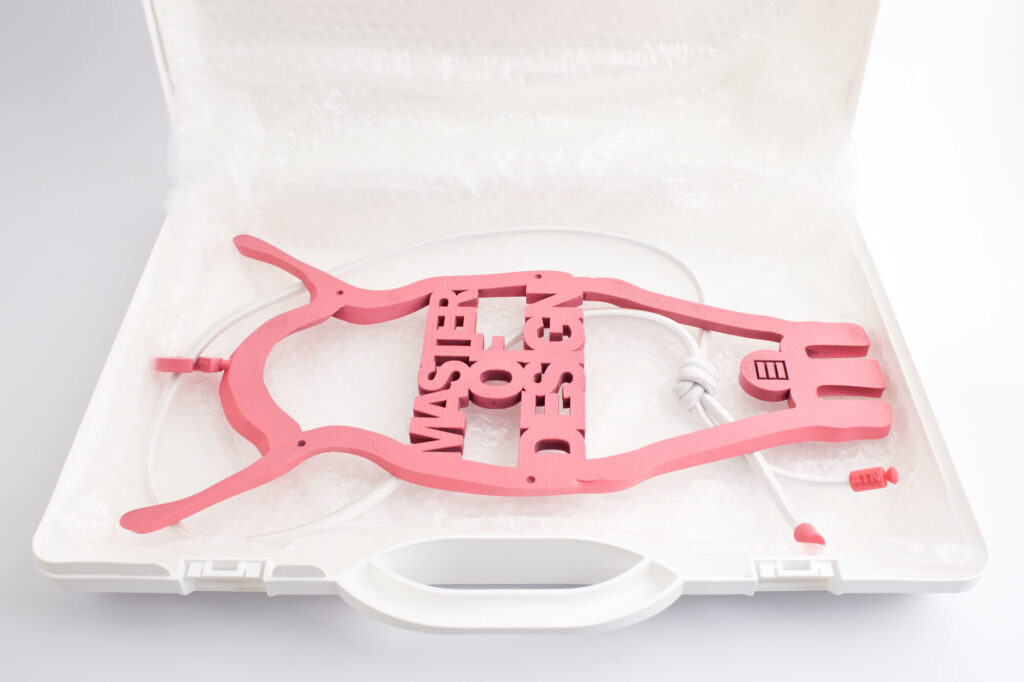 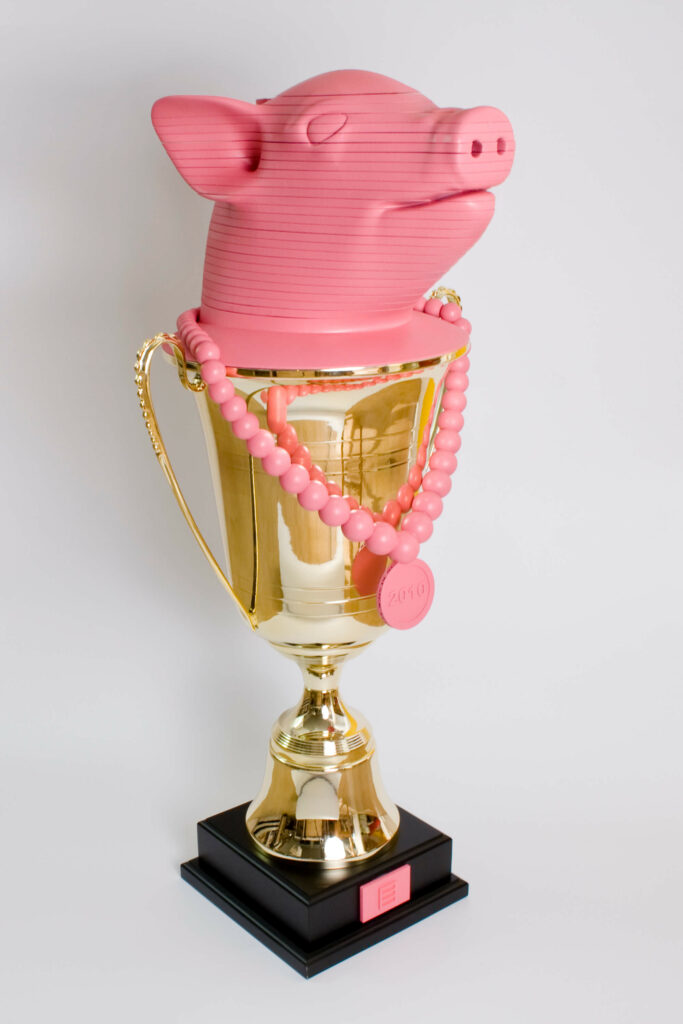