Maarten Baas is an artist and designer whose works have been collected by major museums, from MoMa to Stedelijk Museum Amsterdam. Since the early 2000s, his designs have built on conceptual questions of the nature of design and ownership of design objects. He is perhaps best known for his Real Time series of time performances (e.g., Schiphol Clock, 2016).

Tree Trunk Chair is a design performance that has a production time of 200 years. Baas built a mould that would be pressed into the trunk of a growing tree for two centuries; as the tree grows it will expand around the mould and eventually take on its shape. After this time, the mould can be removed and the chair can be ‘harvested’. Baas developed the technique with designer Gavin Munro, who is known for his Grown Furniture series. The Groninger Museum will care for the tree for two centuries in its Menkemaborg garden. Tree Trunk Chair cannot be used in this lifetime or even this century, making plain the flaws in concepts of ownership, newness, and value. 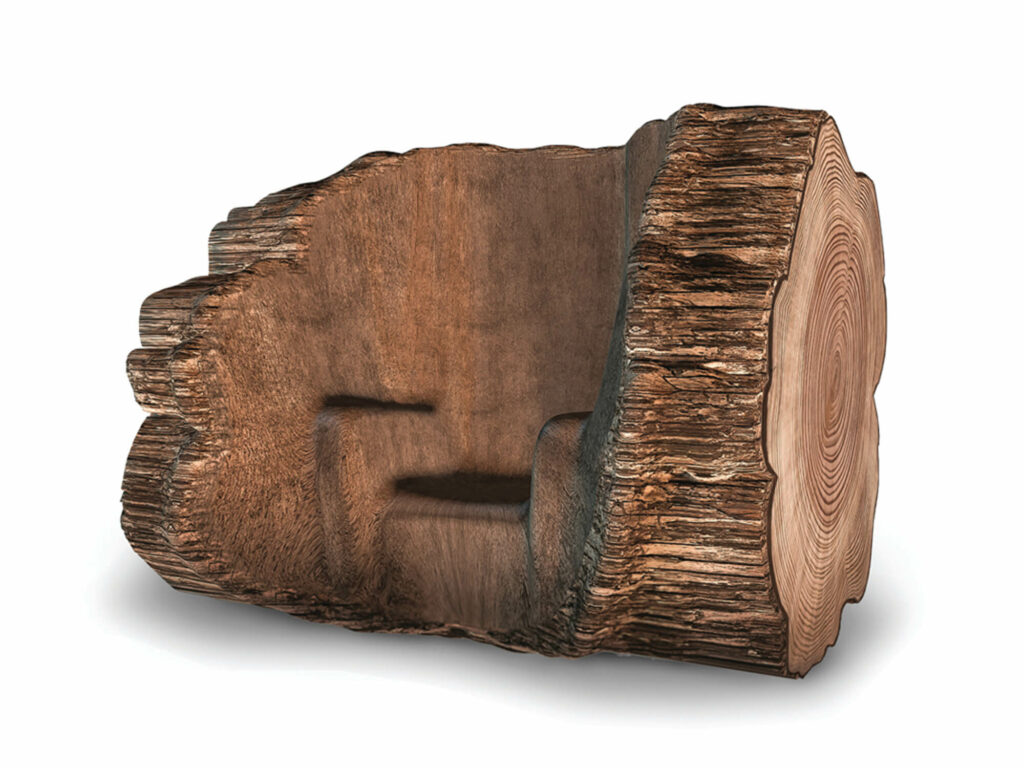 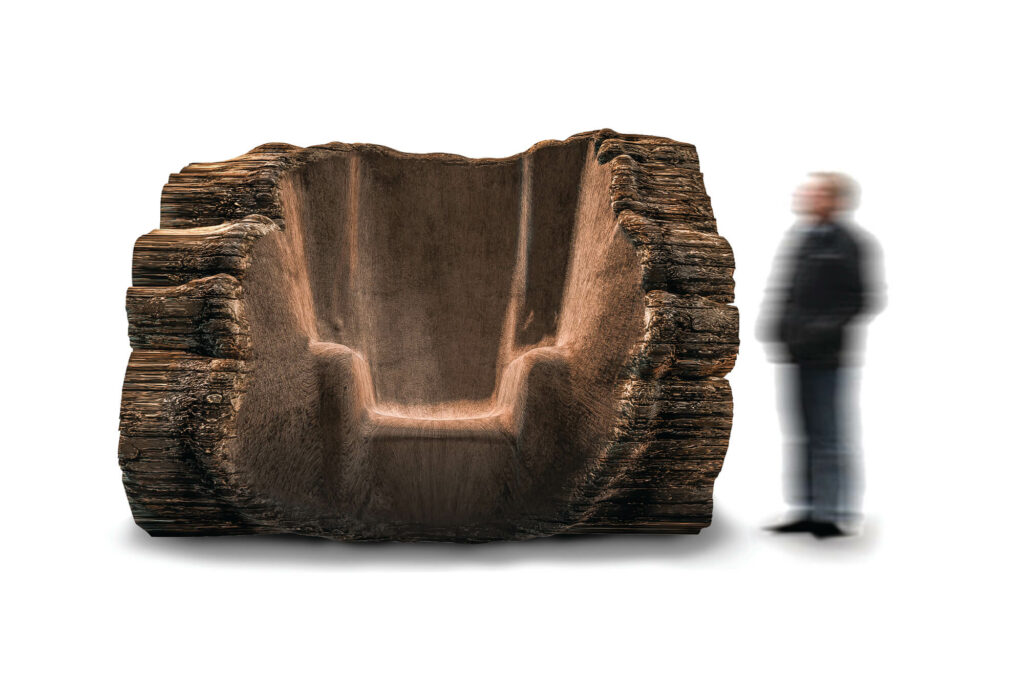 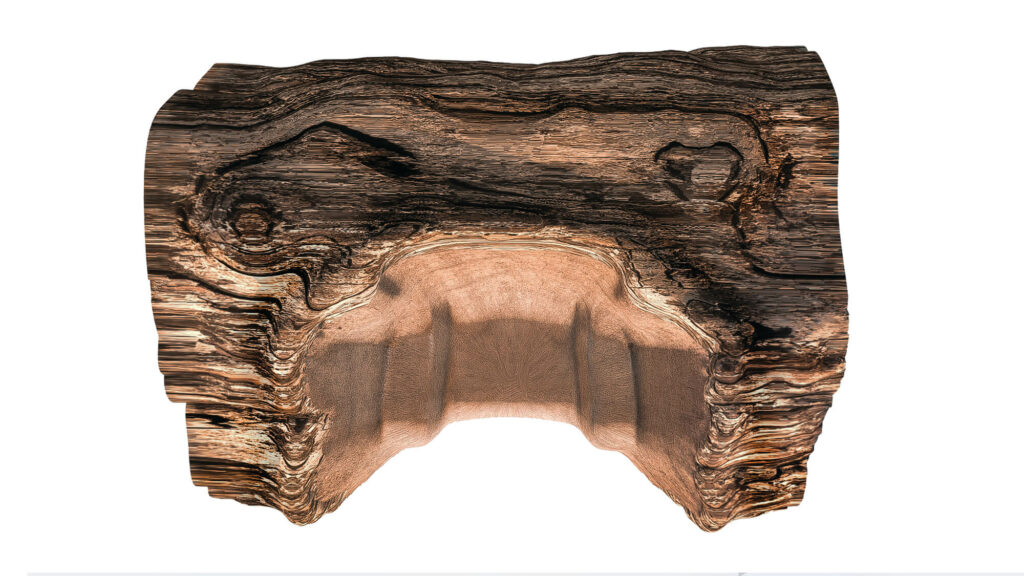