Officina Corpuscoli was founded in Amsterdam in 2010 by Maurizio Montalti. It is an interdisciplinary studio that researches and designs based on the systems and processes of living systems and fungal organisms. Since 2015, Montalti has also led Mogu, a company that is dedicated to scaling up and industrialising the processes and projects that Officina Corpuscoli conceptualises and researches.

Fungi have vast and undiscovered uses. If fungi are grown on the right substrate, their mycelia will produce a new, strong material, which can be shaped into suitable three-dimensional products. The Growing Lab is Officina Corpuscoli’s ongoing artistic research project, conducted in partnership with both academic and industrial entities; it investigates the possibilities of using fungi for applications related to the fields of design and architecture and beyond. The Growing Lab envisions residue valorisation and ultimately the disruption of current value chains through the employment of biological systems in growth-based production. The Growing Lab has industrial applications such as wall paneling and floor tiles produced and commercialised by Mogu. 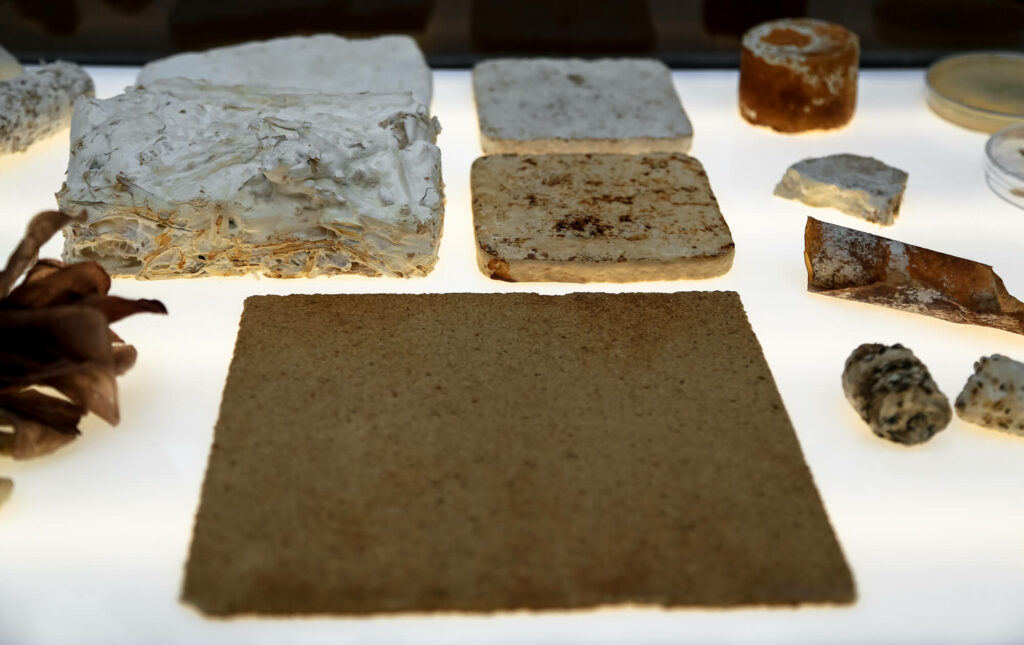 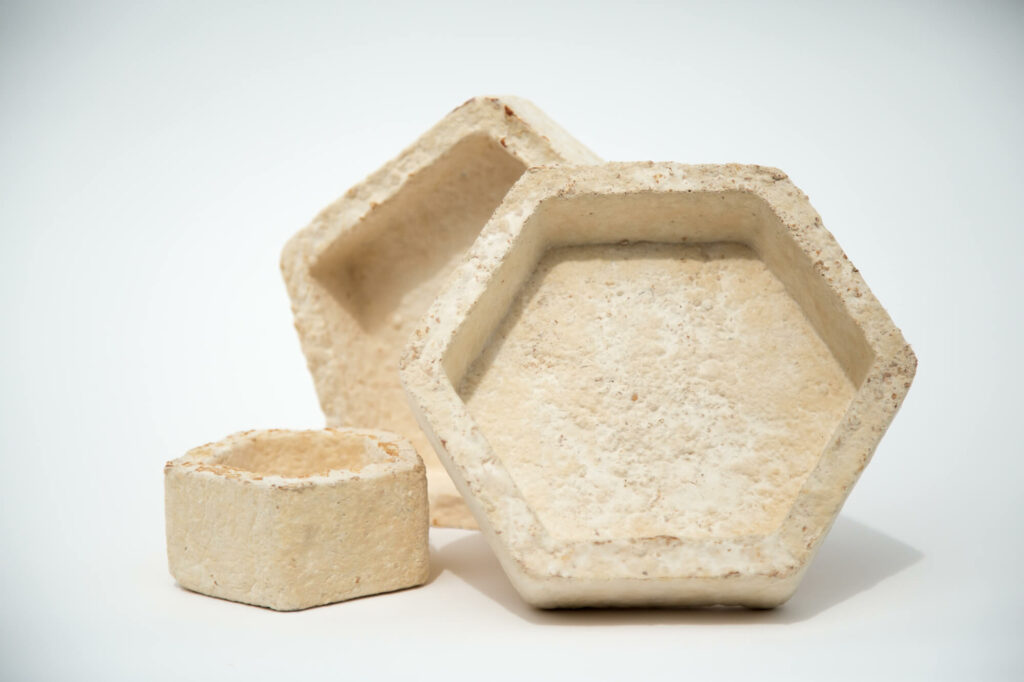