Aldo Bakker is a designer and instructor for whom function follows form. An autodidact, he rejects commodification of objects, forcing reflection, observation, and interaction.

The Side Table is part of the Urushi Series, a collaborative project between Aldo Bakker and urushi artist Mariko Nishide. Bakker designed a series of tables and stools from a hard, lightweight polyurethane foam (PU), whose unusual forms and contemporary inorganic material contrast the delicate and ancient method of varnishing practiced by Nishide. Urushi – lacquer – trees are native to eastern Asia; their sap has been used for over 9000 years by Japanese lacquer-workers. Any pigment can be mixed into the lacquer, which fades over years until only the pigment remains visible. The work is painstaking; there are sixty stages of varnishing and polishing before a mirror-like, hard and unblemished surface appears. The Side Table, a combination of digital production methods and traditional craftsmanship, is ultimately an object of form. 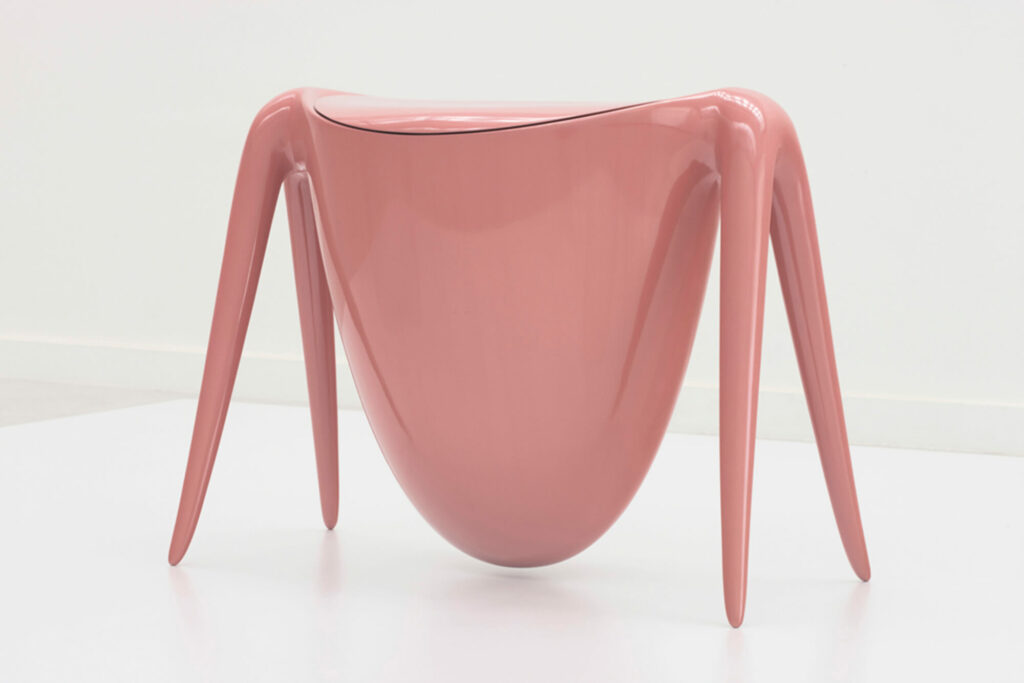