Swiss landscape architect Anouk Vogel works from Amsterdam and Basel on cultural projects from gardens and sculptures to bridges and pavilions. Mattijs van Bergen is a fashion designer whose work makes political statements on human rights and whose designs are inclusive, ethically produced and intended to last.

Vogel and van Bergen collaborated on Season Change, a dress fashioned from strips of used bicycle innertubes that act as vases for cut flowers. Even without the ornamentation of fresh flowers, the dress is an arresting object in its own right. The dress will endure the seasons, changing each week as different flowers are used. The project highlights the role of sustainable clothing in today’s fast-paced fashion industry, while simultaneously tackling the issue of low-maintenance landscaping of the public space. It is a wearable sculpture and a poignant commentary on materiality and the underlying intentions of the ‘statement piece’. 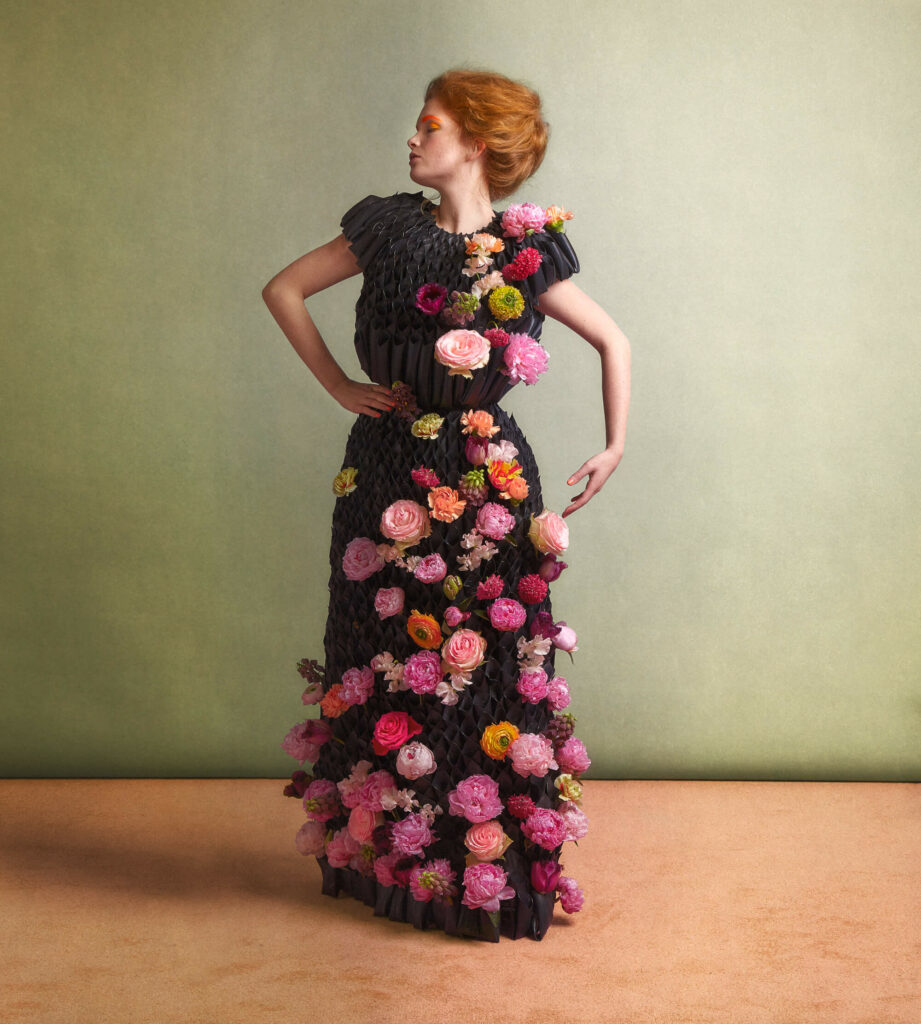 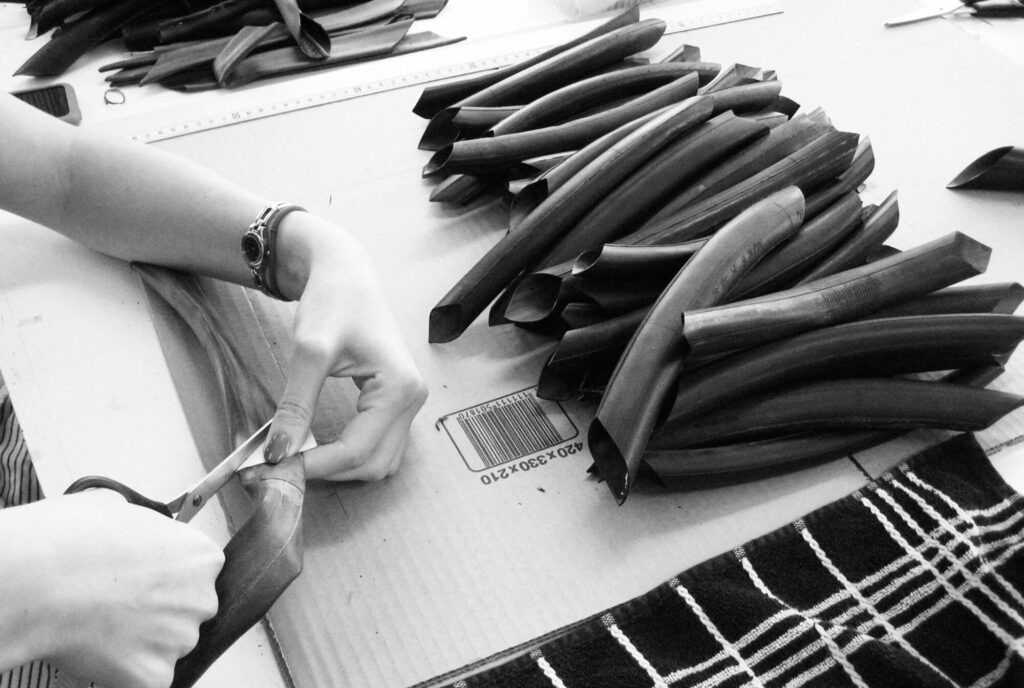