Chris Kabel is a self-described industrial designer based in Rotterdam whose work centres on the intelligence of a design before its aesthetics, though the latter always follows the former in surprising ways. Kabel’s designs are in many public collections throughout the Netherlands and the world.

Kabel’s 2009 New Material Award-winning contribution was a chair born of a collaborative experiment with Droog, Technical University Delft, Composietenlab Inholland, and Lankhorst Indutech. Seam Chair and Seam Bench are made from a 100% woven polypropylene textile called Pure, which is usually used in the ballistic and automotive industries and which is sewable and entirely high-level recyclable. The textile is stitched into a chair or bench shape, filled with sand and baked in a 130ºC high-pressure oven. After the sand is removed, the plastic fabric becomes an ultra-light and durable seat whose material can be reused ad infinitum. 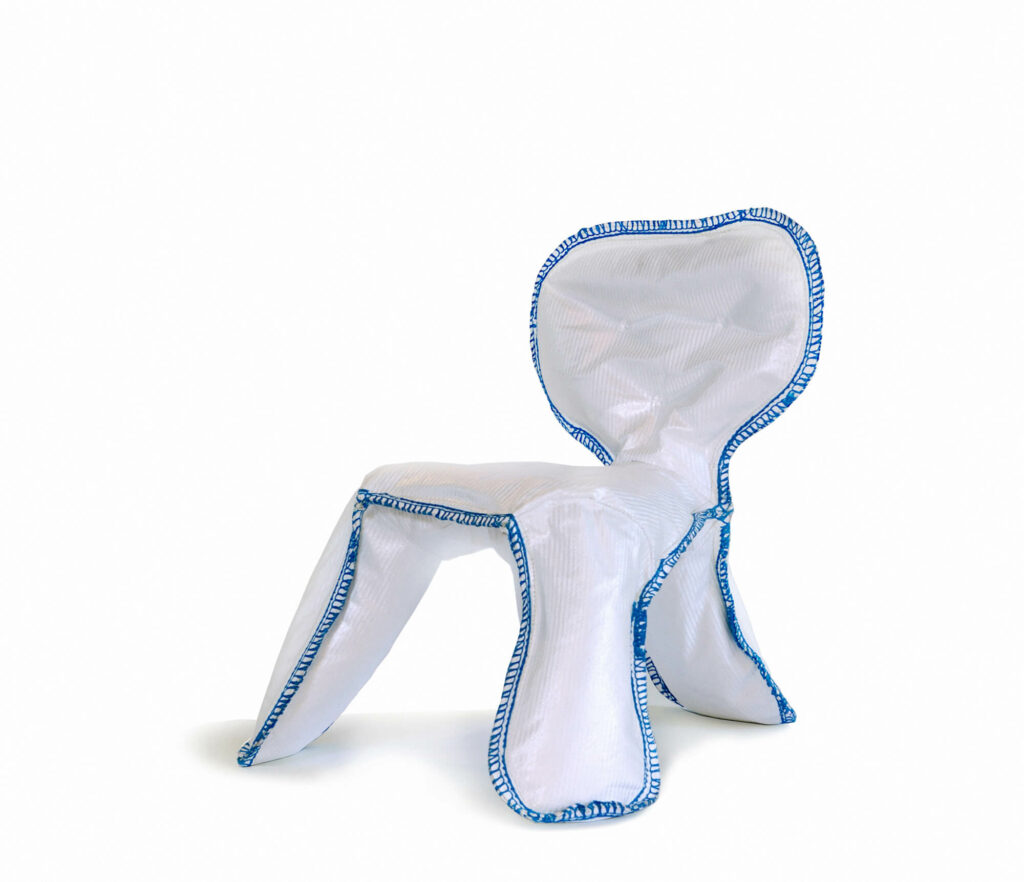 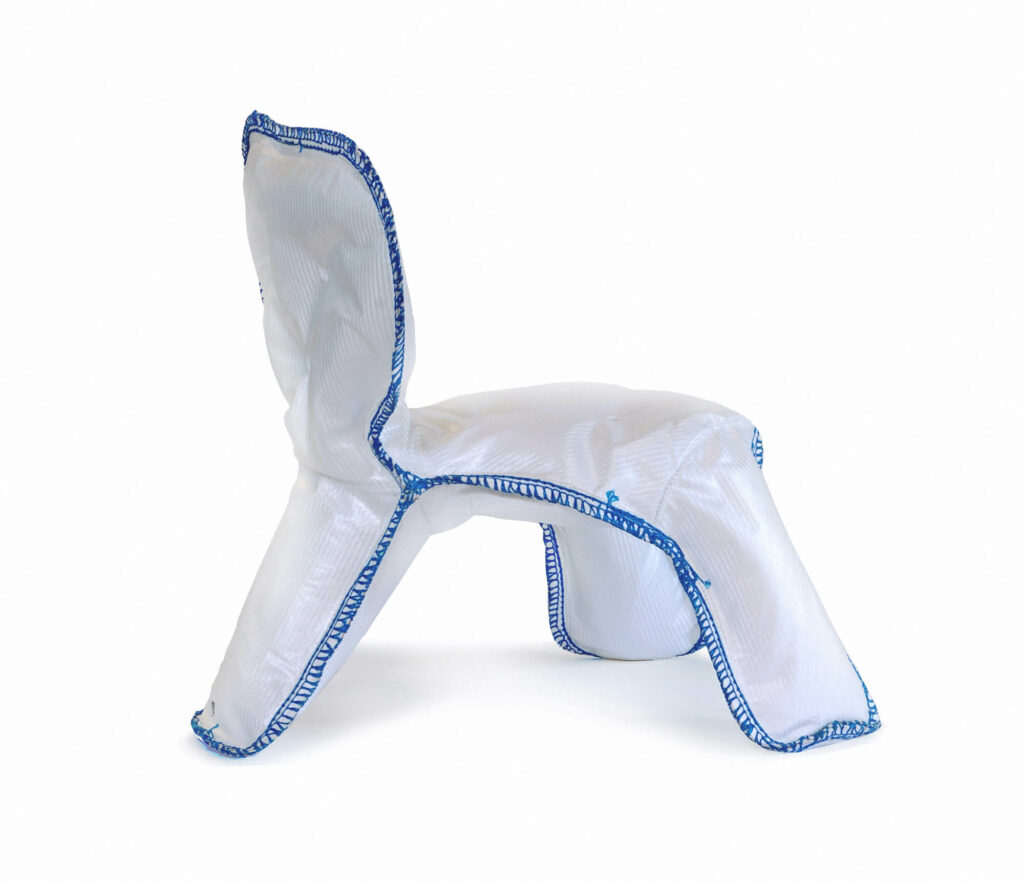 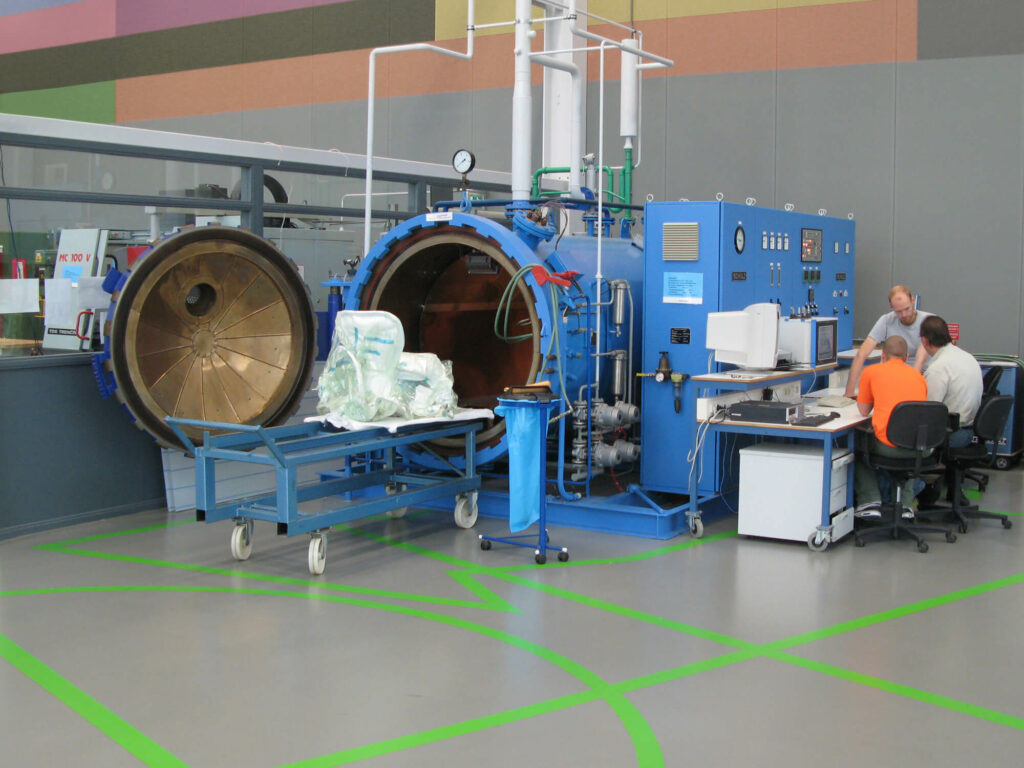