In 2015 Bureau SLA and Overtreders W studios approached some Dutch plastic producers about collaborating on finding new uses for the immense amount of plastic waste that is discarded in the Netherlands every day but encountered little interest. They decided to design their own machinery, which resulted in the Pretty Plastic Plant, six machines that process plastic waste from households in the north of Amsterdam into façade cladding. The plastic is collected and sorted by colour. The goal was to create a long-lived, highly durable and universally acceptable façade tiling that could make a dent in the amount of plastic waste that is not reused or recycled, while also making an aesthetic statement. In January 2020, Pretty Plastic Plant completed its first building commission, a music pavilion for the Sint Oelbert School. 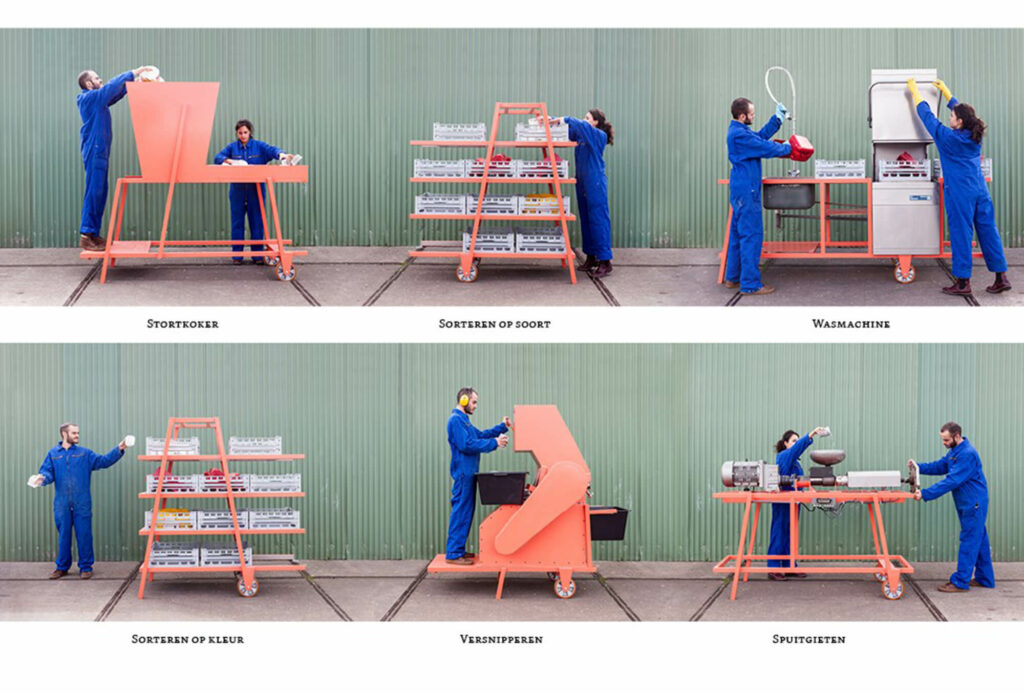