In the province of North Holland, where the majority of the world’s tulips are grown, thousands of hectares of tulips are decapitated in May – the value lies in the bulb, not the bloom. Tulip growers have traditionally discarded the tulip heads. Tjeerd Veenhoven developed a process he called No-ink, wherein he dried tulip heads in a large rotating drum and removed the stems and pistils, leaving just the petals. Veenhoven then laminated the petals with a low-quality, compostable Polylactic acid film. In doing so, he developed a new, aesthetically pleasing and durable material.

The film can be used in ecological packaging materials, carrier bags, fashion, and accessories. Veenhoven has continued his research into the usefulness of these discarded flowers, developing a series of pigments from the dried and mechanically and biochemically processed petals. 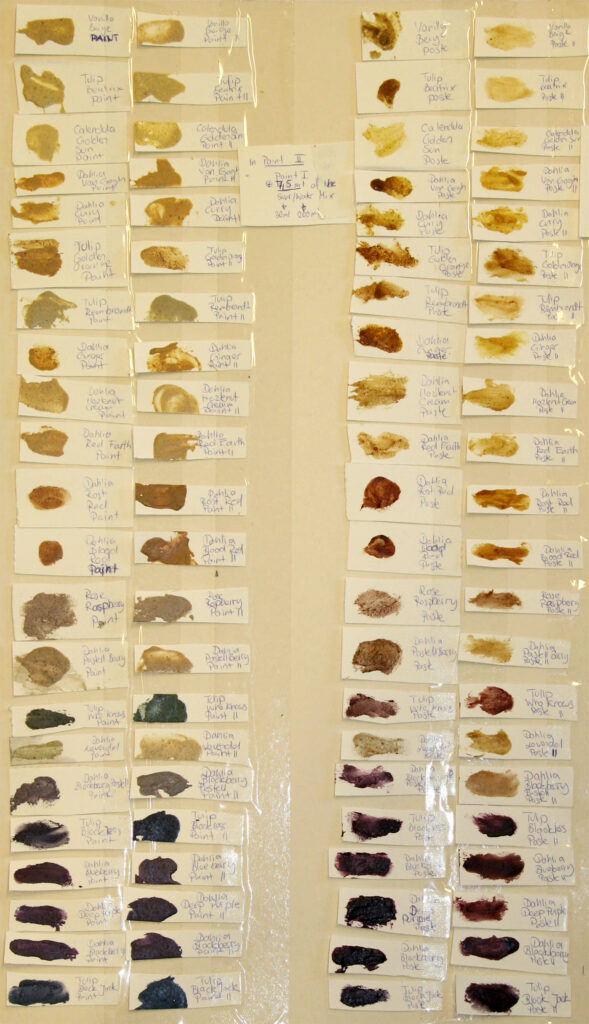 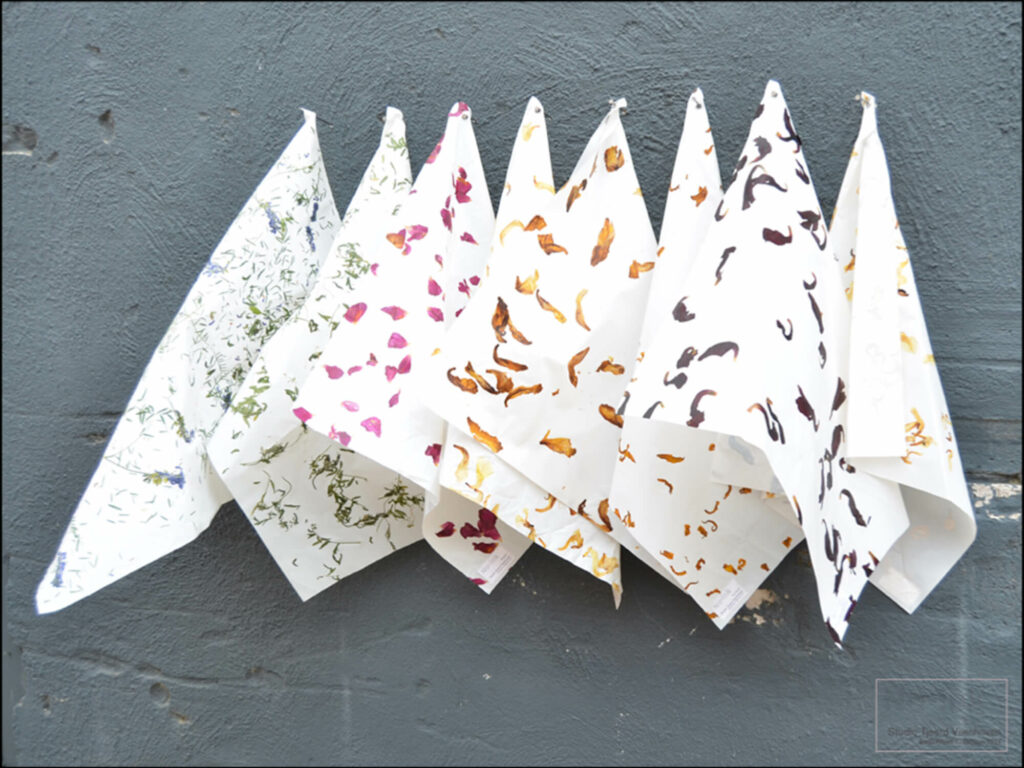 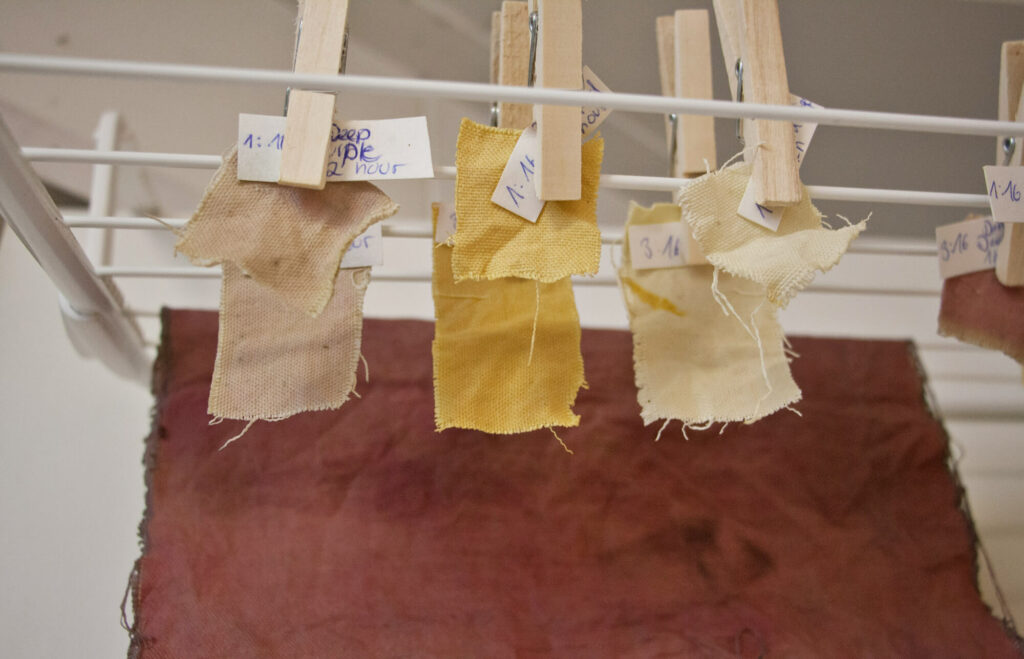