Sander Veenhof is an artist fascinated with augmented reality (AR). He is building a body of work based on the future of AR wearables that express the inherent need for human connection that is often ignored through overuse of smart technology. Andre Freyssen is a producer and director at CCCP, a creative television agency based in Rotterdam and Amsterdam. Madeleen Bloemendaal is a theatre producer, playwright, and drama teacher.

At the 2012 International Film Festival Rotterdam, Freyssen, Veenhof and Bloemendaal produced and performed Meet Your Stranger, an interactive film experienceperformance in public spaces around Schouwburgplein in Rotterdam. Using dialogue texts that appeared on their smartphones, IFFR visitors stepped into the play. They experienced several movie scenes in the midst of AR sets. No physical production took place; the smart technology provided the scenery and the spatial theatrical experience, with human interaction and creation providing the necessary step from the screen to the plaza. Meet Your Stranger is an ongoing project that has crossed over into the Covid-19 era. 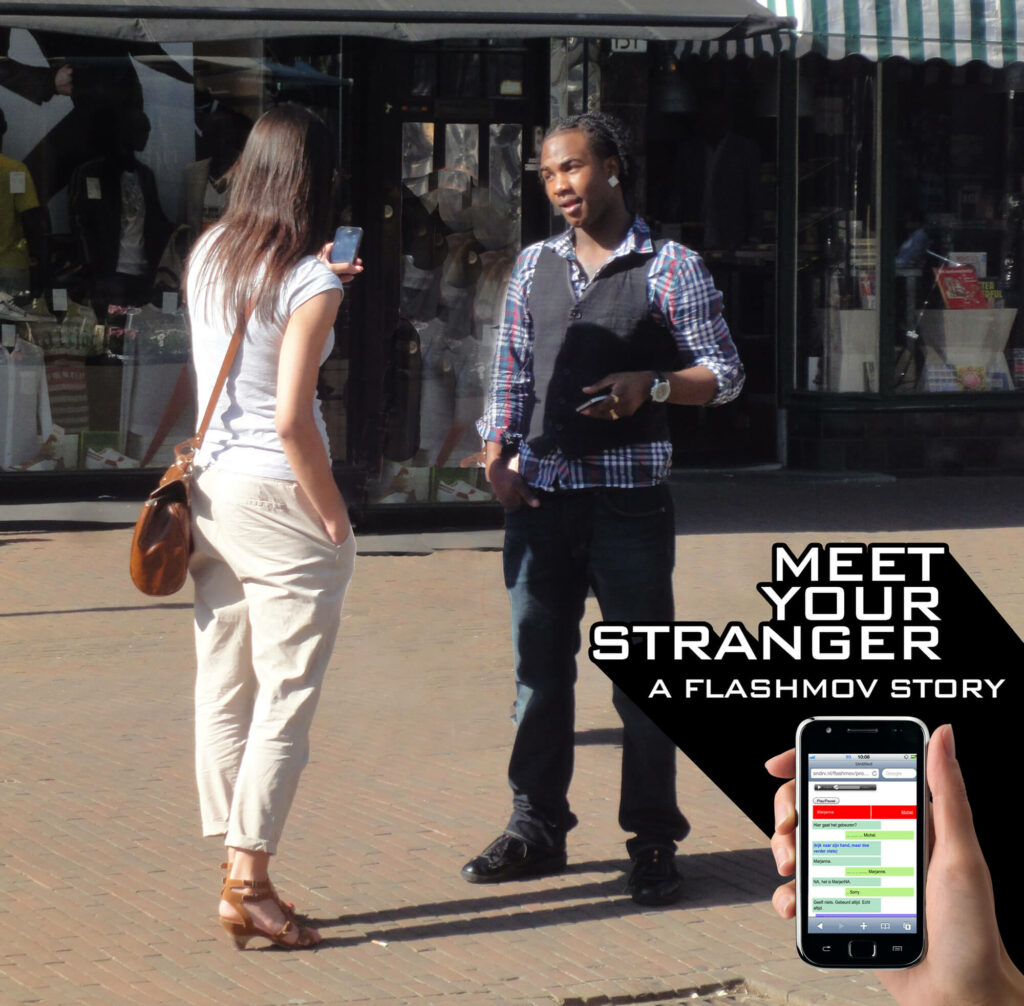 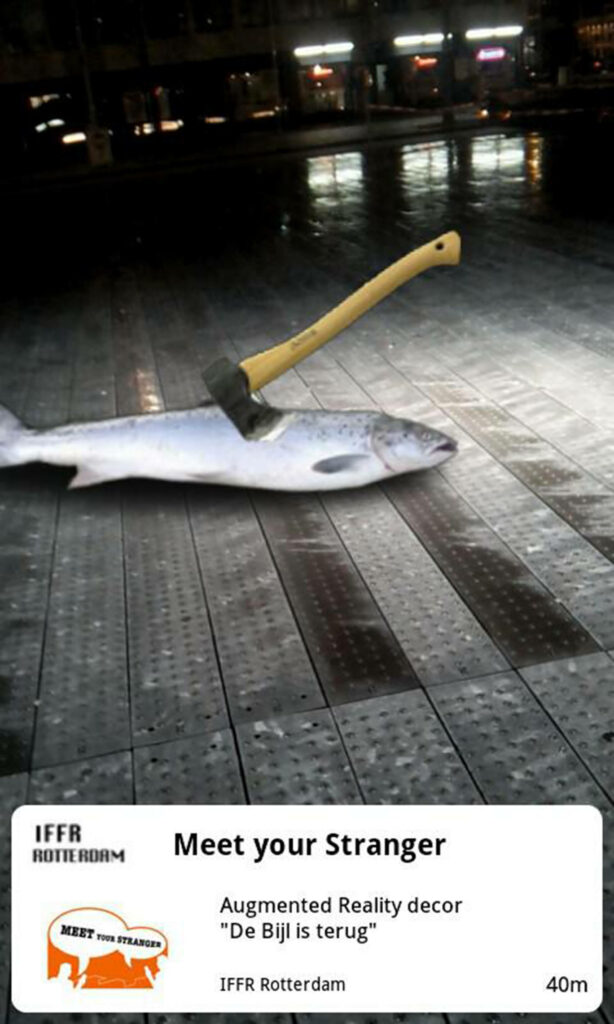 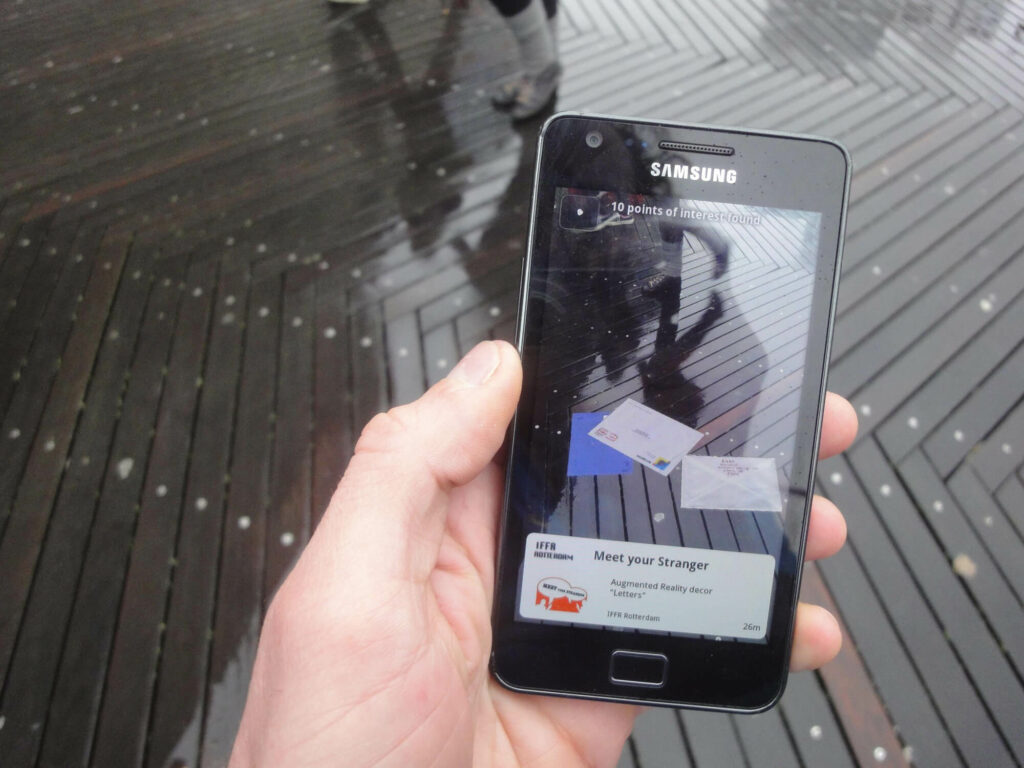