Ingrid Nijhoff is a graphic designer who works in both digital and physical media. Based in Utrecht, she designs identities, campaigns, publications, websites, and media for cultural institutions.

Nijhoff has developed a method of growing ink using pigment-carrying bacteria. Living Pixels is what Nijhoff has dubbed an ‘ink nursery’, in which the entire colour spectrum can be grown. Bacteria from soil (blue), human skin (pink), plants (yellow), and mouths (black) are cultivated and then processed through chemical equipment, resulting in liquid ink that can be used for printing or painting. In its ideal form, the ink nursery makes the graphic designer of the future self-sufficient and not reliant on chemical-based inks. Bacteria play an increasingly large role as auxiliary and building materials. 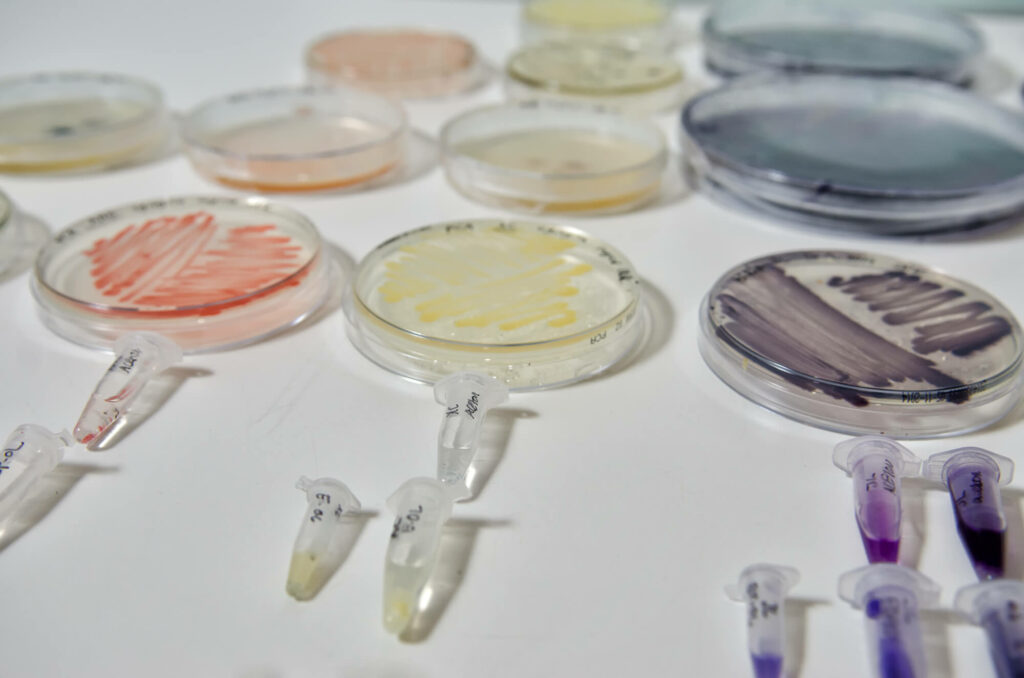 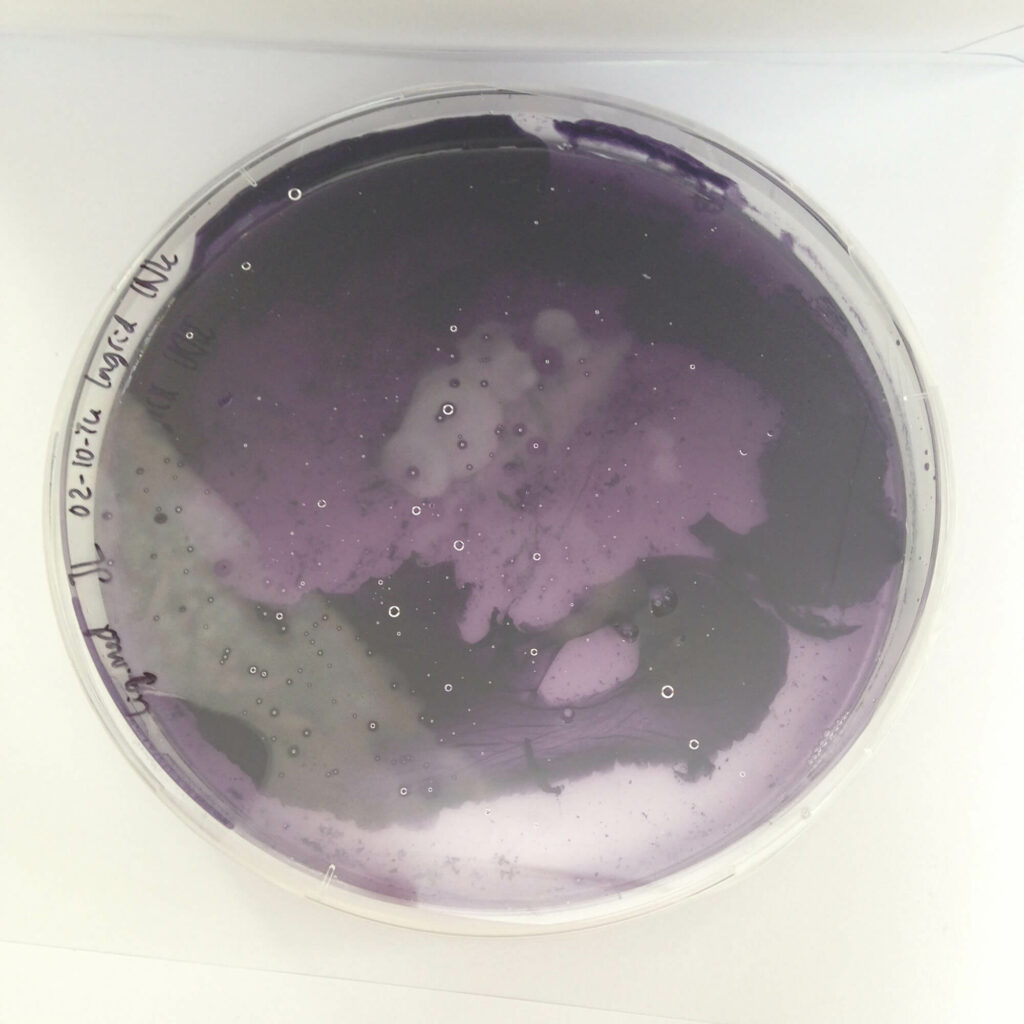 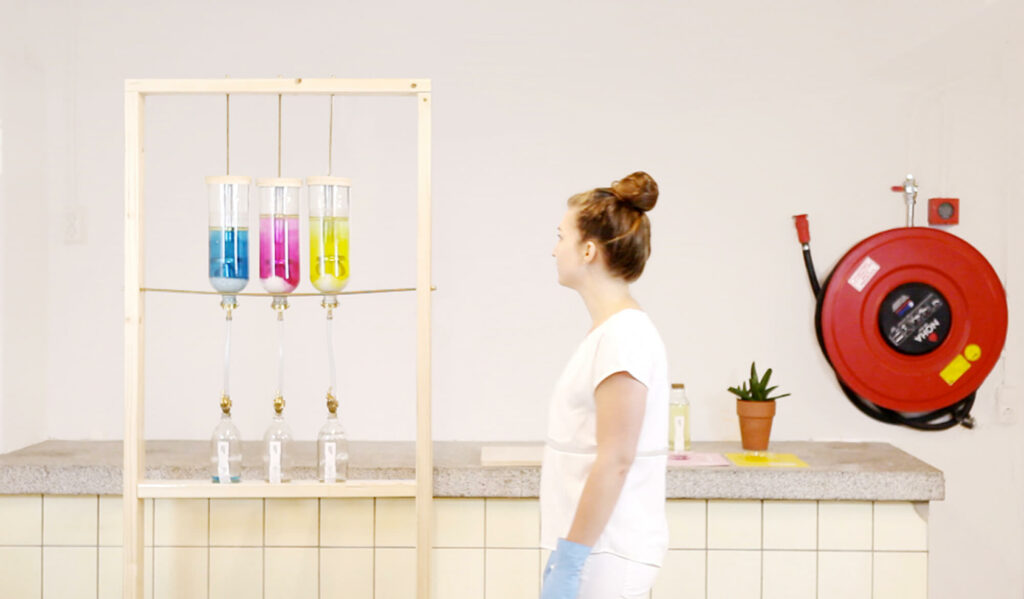