Christien Meindertsma is an artist and designer who takes the concept of ‘raw material’ to its extreme. Her first work was a 2004 book called Checked Baggage, which was a meticulously compiled documentation of all 3267 items in a container of items confiscated by Schiphol Airport security.

For her 2012 Flax Project, Meindertsma purchased 10,000kg of raw Dutch flax from a farmer in the Flevopolder. Her intention was to bring traditional linen production back to Europe (it has been mostly shifted to China). Alongside her many designs with the resultant fibres and textiles was the Flax Chair (2015), which Meindertsma developed with Enkev, a natural fibres manufacturer. Long flax fibres were combined with a newly-developed flax felt of short fibres, and heat-pressed with a biodegradable plastic (PLA). The resultant material is mouldable, durable, sturdy and ultimately biodegradable. Meindertsma designed the entire pattern of the chair to fit into a 100x60cm rectangle, eliminating waste from the production. 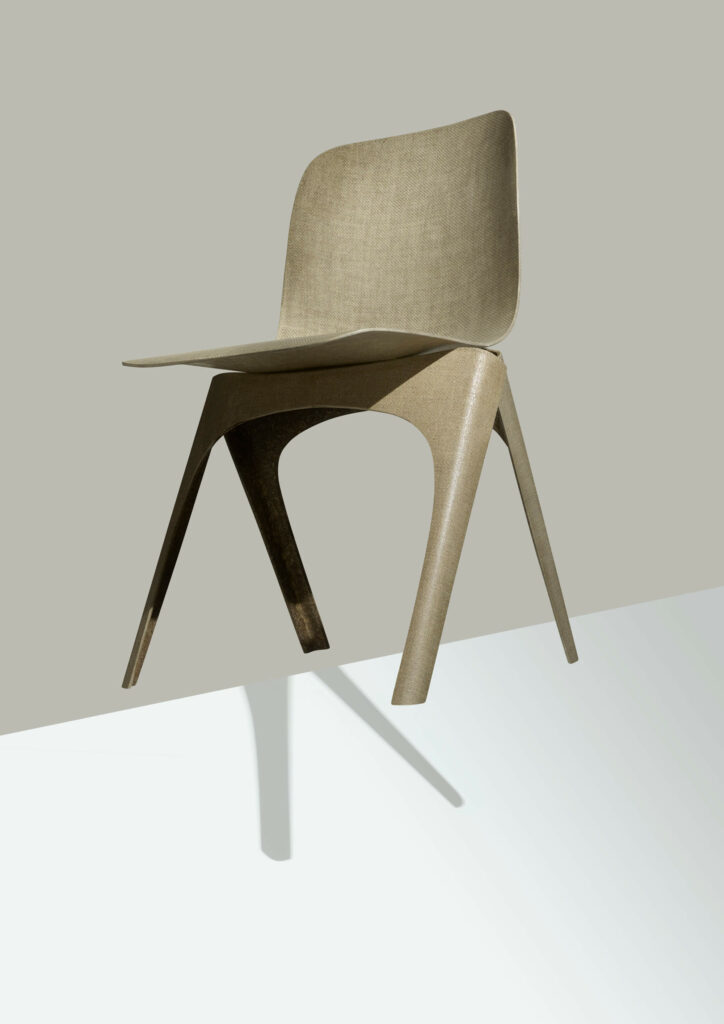 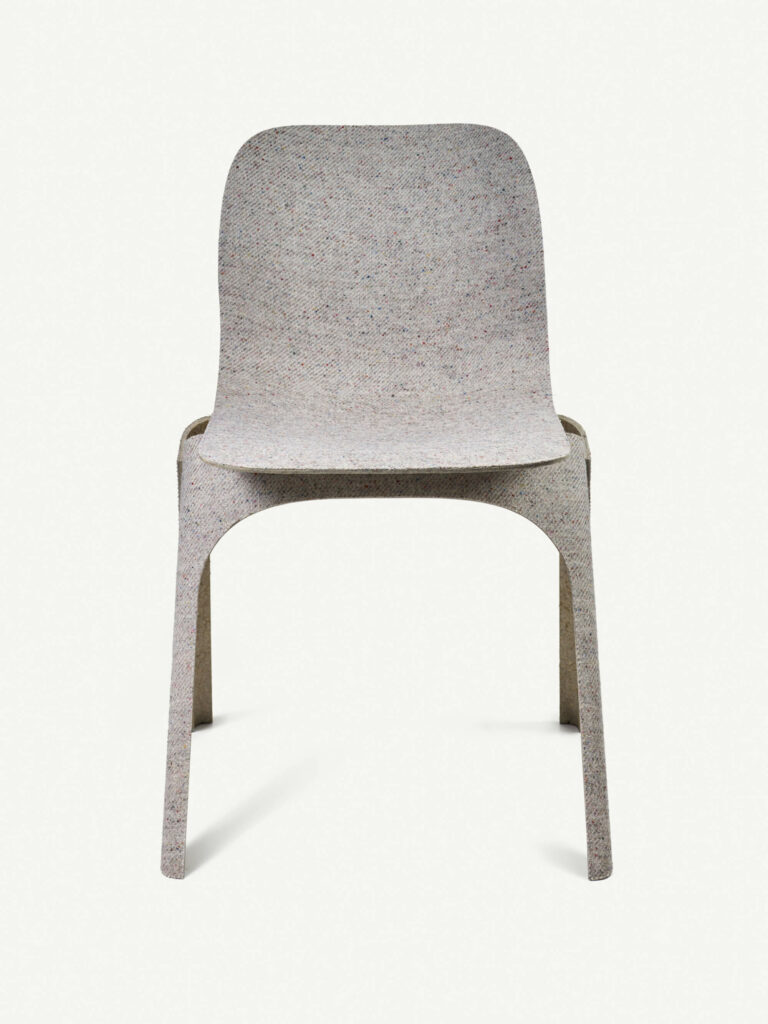 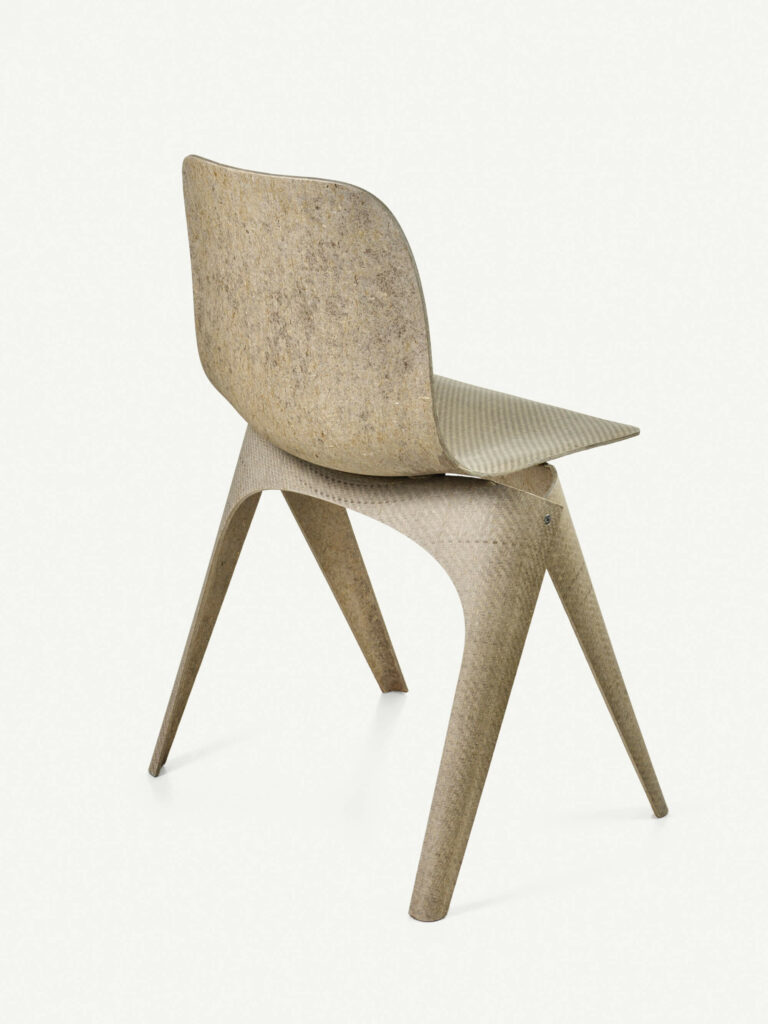