Erik Hoedemakers’ studio Atelier 4D has been producing wooden furniture from locally sourced timber that he mills and seasons himself since the early 2000’s. He produces one-of-a-kind cabinetry and tables as well as lighting from reclaimed timber.

For his chair DECAY, Hoedemakers infected birchwood used in the seating element and back panel with a mould culture. He then dried the wood to inactivate the mould and give it an exotic appearance. Inspired by a traditional Japanese craft technique, Hoedemakers scorched the legs and armrests of the chair, creating a contrast of textures and colours. These treatments harden the wood, making it mould- and insect-resistant, while the scorching has the effect of deepening the colour of the birch to deep black so it resembles ebony. 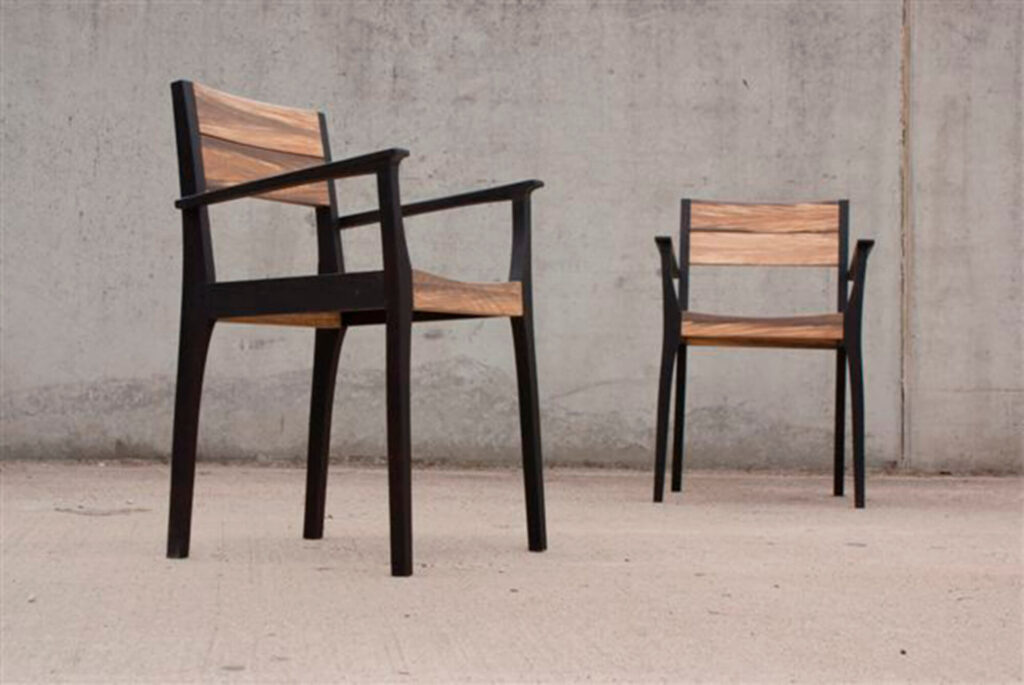