Aagje Hoekstra is a study coach with a degree in product design. In 2013, she was named to the Dutch Sustainable Young 100 list for her graduation project Coleoptera.

In the Netherlands, mealworms are cultivated for the animal feed industry. The mealworm beetle dies several months after laying eggs. Growers see these beetles as waste and discard them. In order to reduce waste and reuse natural resources, Hoekstra examined how the beetles could be given a second life. Hoekstra peeled the insects by hand, leaving only the wing cases. In a laboratory, she converted these wing cases into pure chitin and then into chitosan, a polysaccharide with some medicinal and industrial applications. Pressing the chitosan results in a material Hoekstra dubbed Coleoptera – a bioplastic made from insect wing cases. Over 2500 beetles were needed for one small sheet of this natural plastic, which Hoekstra made into jewellery and lamps. 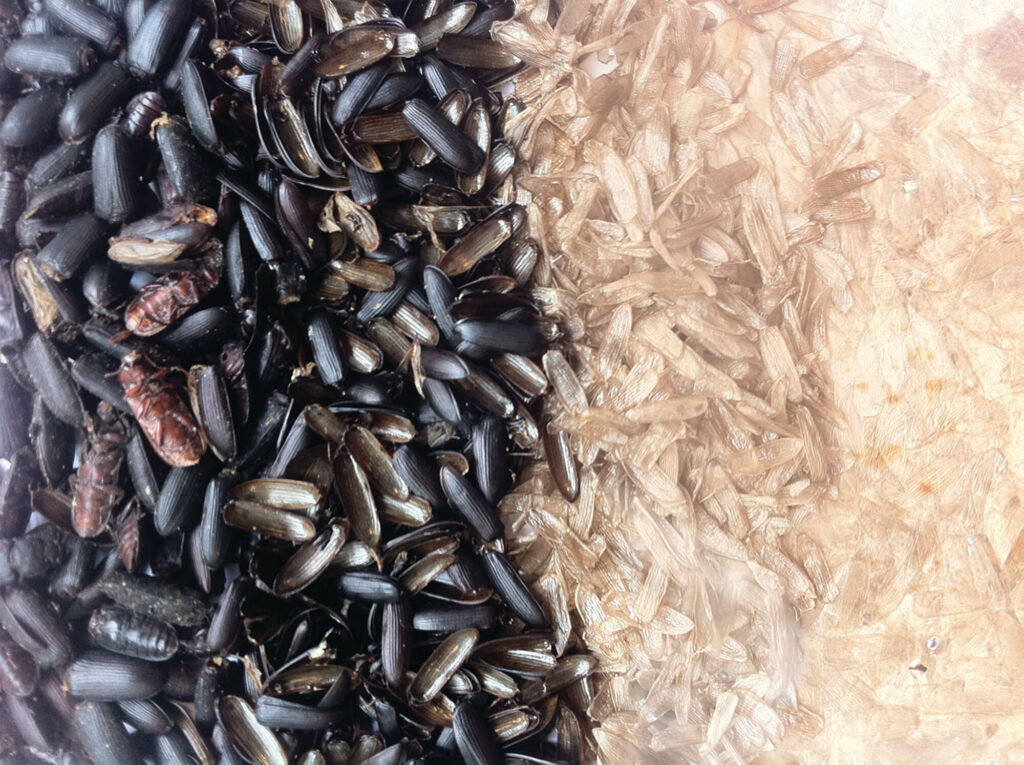 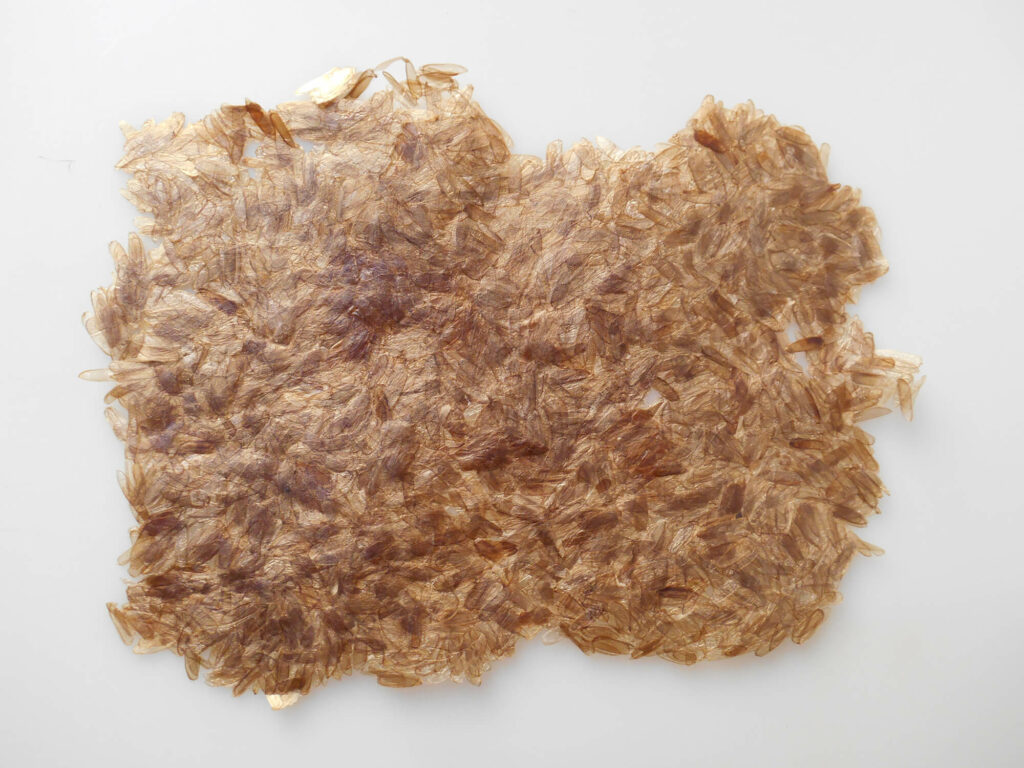 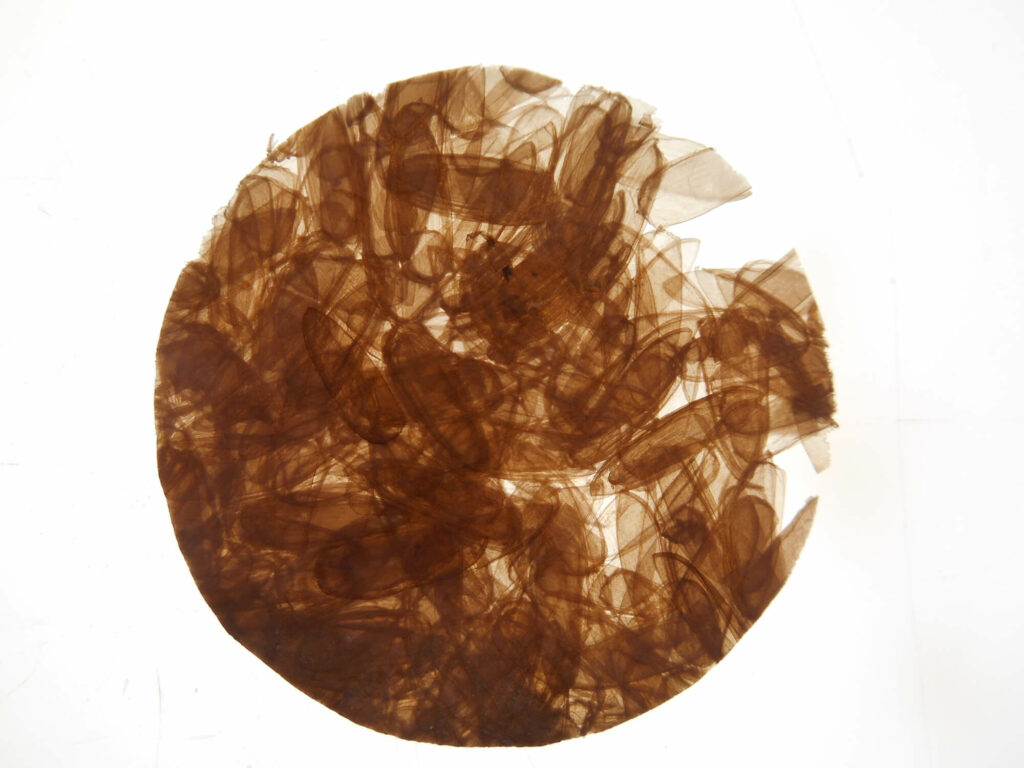