Judith Zeeman is a conceptual designer whose approach starts from complex societal and environmental questions, which she believes design can and should address. She uses the value of design to spark conversation and societal change.

As her 2010 graduation project for Design Academy Eindhoven, Zeeman produced three clocks using the material Biochar, a recently rediscovered by-product of thermal decomposition of agricultural waste that consists mainly of carbon. When buried in the earth, Biochar will work to continuously remove CO2 from the atmosphere while improving soil health; it can last for up to 100,000 years. Zeeman mixed Biochar with starch and water to form a clay that she made into three clocks that indicate the total amount and speed of carbon emissions over three periods in the last 660 years. Burying a Carbon Age clock in the ground will actively combat the effects of climate change. 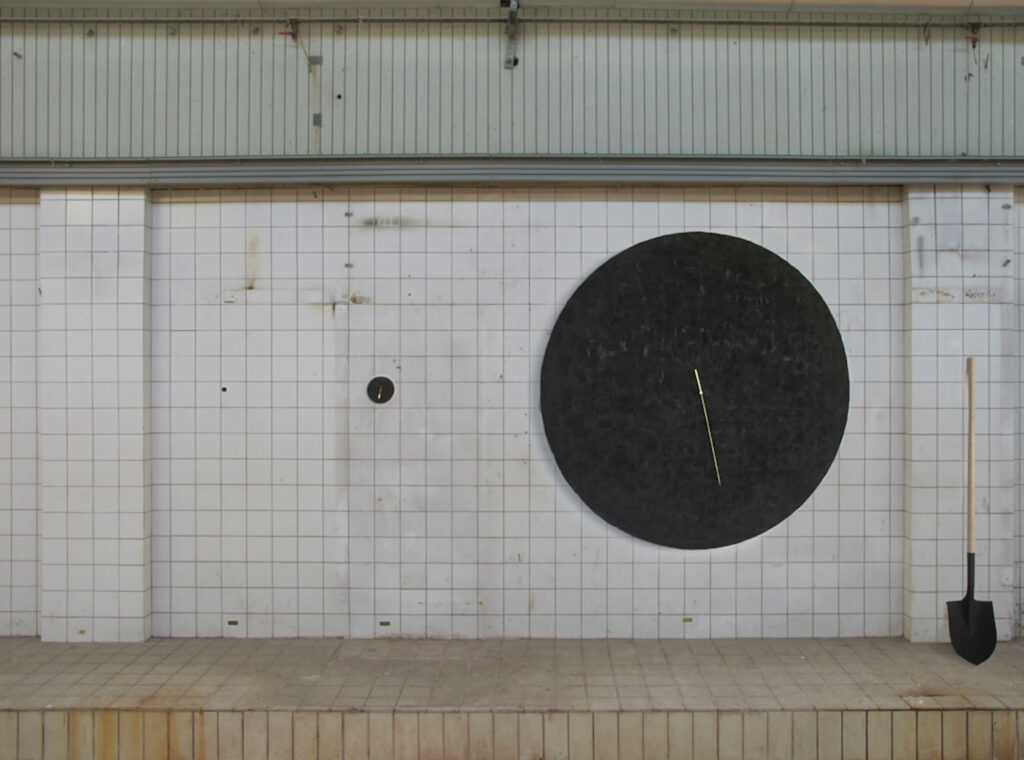