Scientific research has shown that one way to combat depression linked to short winter days, known as Seasonal Affective Disorder, is light therapy with the colour of the blue sky. For the Anti-Winter Depression Show, an exhibition that took place in winter 201314 in Marres in Maastricht, Chris Kabel conducted a study into the physical process that makes the sky blue. The preliminary result of this study was the Blue Sky lamp, a prototype therapeutic lamp that recreates the light of a summery blue sky. Kabel conducted trials with green soap, aerogel and Pastis dissolved in water and worked with a diffusion expert at the Agricultural University of Wageningen. Eventually, he opted for a nanopowder. When suspended in transparent resin, the nano powder diffuses incoming rays from the LED light source in the same way that the earth’s atmosphere diffuses the light from the Sun. 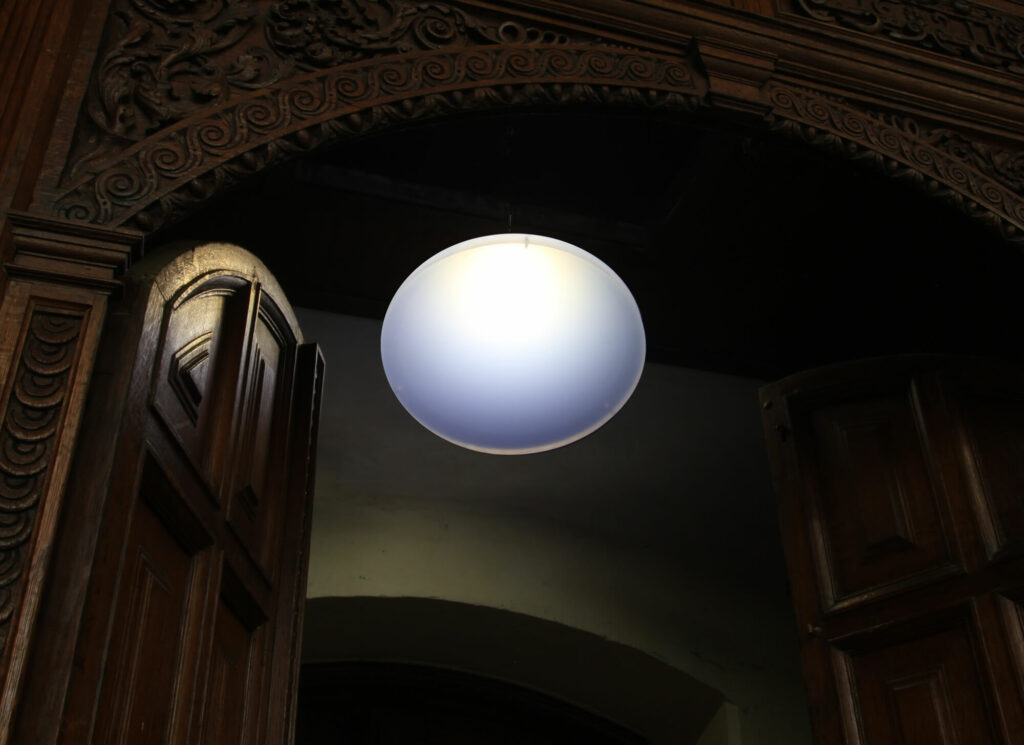