Basse Stittgen founded his studio in Amsterdam in 2017. Stittgen takes the idea of making waste visible and tactile to the extreme, as he often works with biohazardous or controversial materials, such as contaminated blood and by-products of the meat and egg industries.

Slaughterhouses have little use for blood from cows due to regulatory structures. Stittgen explores the idea of using such ‘extreme’ waste as a biomaterial in Blood Related, a series of objects such as tableware and a record (that plays the heartbeat of a cow) made from blood, and which earned the New Material Award Fellowship in 2018. Blood is cooked at a low temperature, dried, and heat-pressed to become a material that likens bakelite. Stittgen has also produced design objects from the blood of HIV-positive people, forcing a confrontation with our fears and taboos about disease. As part of his fellowship, Stittgen decided not to turn Blood Related into a line of commercial products, because creating an efficient pathway for waste products in the meat industry may actually strengthen the industry’s position rather than forcing it to confront its own wastefulness. 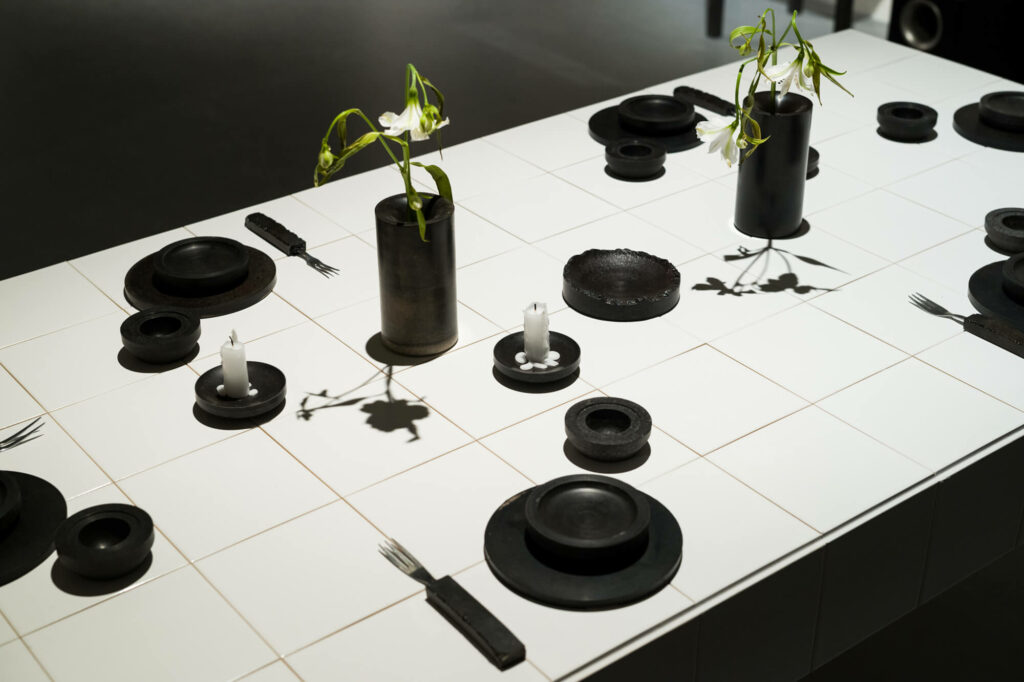 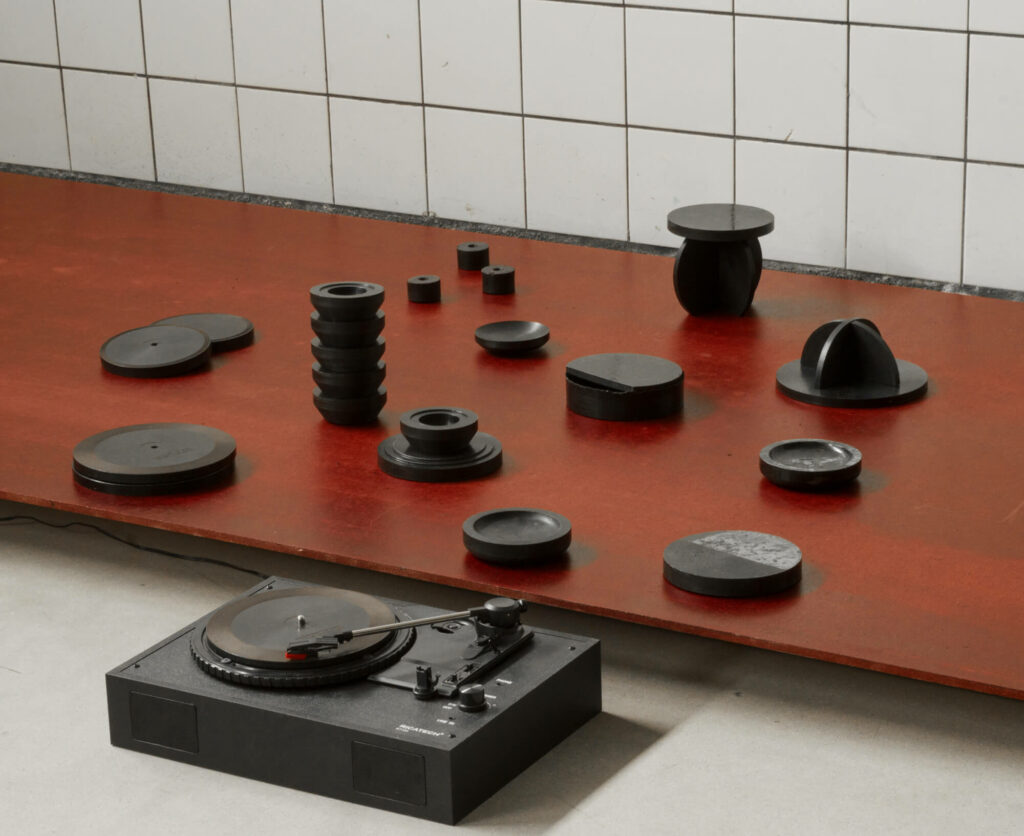