Gitte Nygaard is an Amsterdam-based jeweller, researcher and designer. She trained as a goldsmith in Copenhagen before getting her degree in fine art, which propelled her to explore jewellery not as a medium primarily for ornamentation, but as a space for collaboration in which to question base assumptions about ornament.

Black to Binchotan is a conceptual project that reimagines the very essence of gemstones. To Nygaard, diamonds and coal are, essentially, just carbon. The extraction of both is often at the cost of great ecological and humanitarian detriment, so Nygaard looked to the Japanese and Korean method of creating binchotan, a carbonised form of oak also known as white charcoal. The long, controlled burning process retains 90% of the oak’s carbon instead of releasing it as CO2. Nygaard found a way to preserve this charcoal after its useful life is over; by setting pieces of binchotan in fairtrade and fairmined certified ecological gold, she has treated it as a precious commodity, expressing the preciousness of all wantonly used resources. 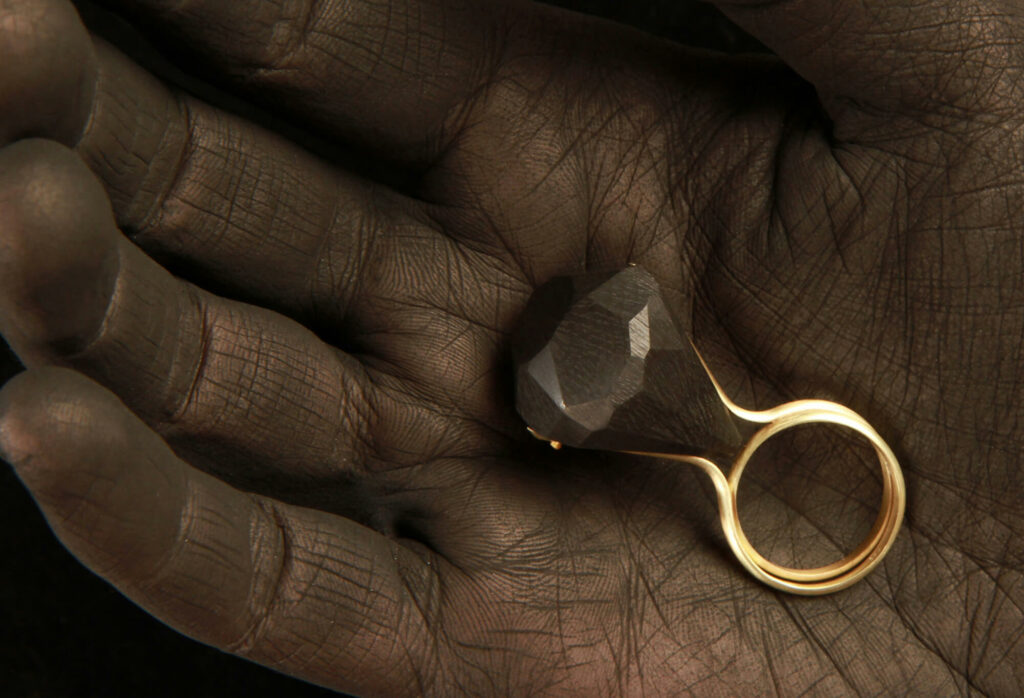