In 2016, the Luma Foundation founded Atelier Luma as part of an experimental cultural centre in Arles, France. Atelier Luma is a think tank, production workshop and cross-disciplinary knowledge network.

In 2017, designers Eric Klarenbeek and Maartje Dros of Studio Klarenbeek & Dros initiated a project with Atelier Luma called Algae Lab, a bio-laboratory that researches the potential of growing micro- and macro-algae and discovering their uses. Algae actively sequesters CO2, so algal bioplastics have a negative footprint. Algae Lab converted various algae as binders, fibers or pigments for biopolymers with 3D printing capabilities, which can allow for localised production and further reduces carbon footprint. This project, the winner of the New Material Award in 2018, found that algae-based biopolymers can compete with traditional plastics and are even suitable for injection moulding and 3D printing. Algae Lab has since continued to conduct research into the uses of algae and has collaborated with other design studios to design products and materials. Klarenbeek & Dros have since set up the Seaweed Cycle, a project focussing on biopolymers from local seaweeds in the Netherlands. 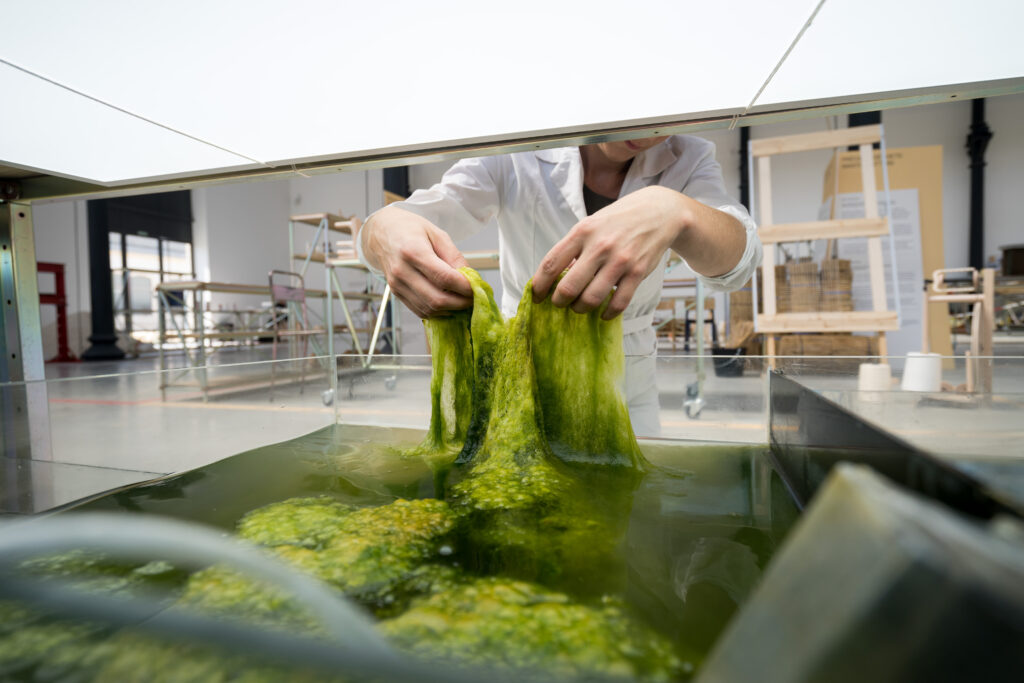 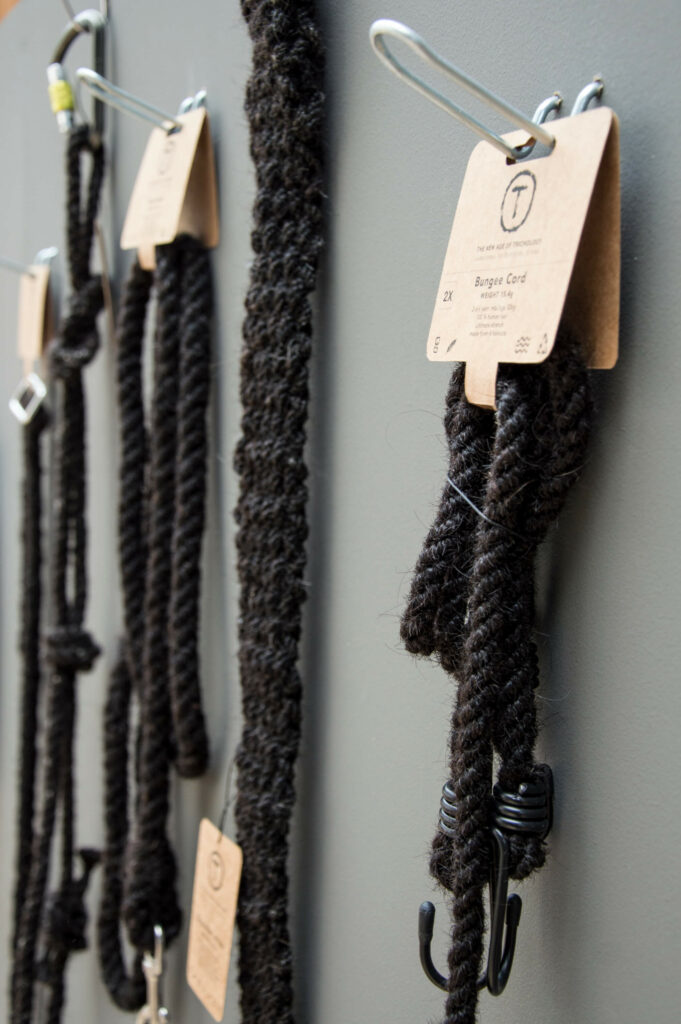 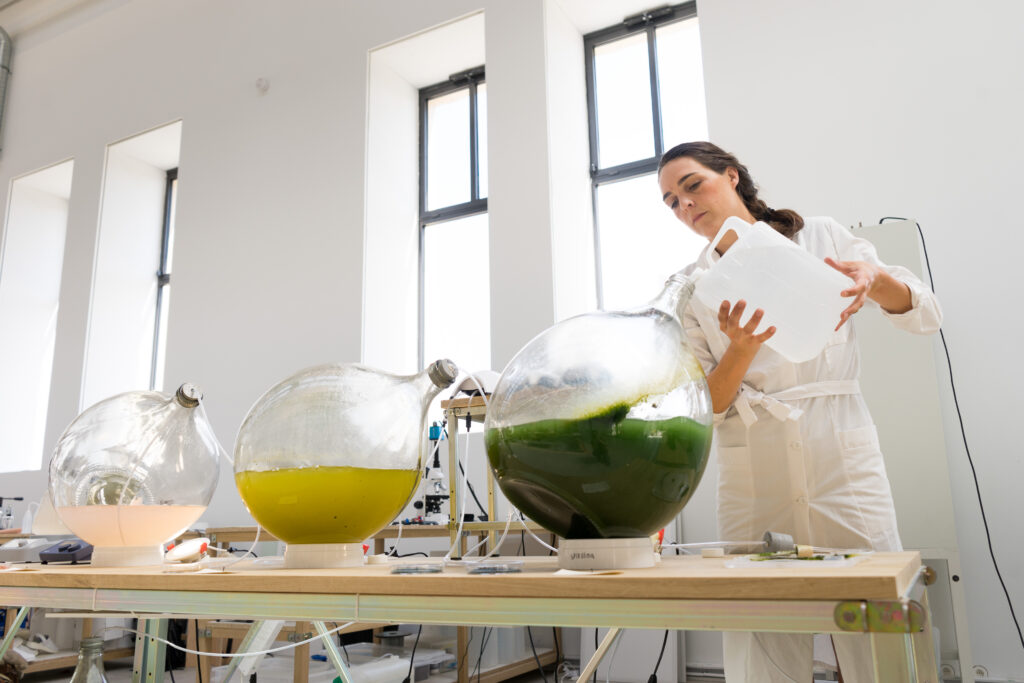